"In hospital digitalization, we are second-last in Europe."

What shape is hospital digitalization in – and how far do they still have to catch up?

In hospital digitalization, we are second-last in Europe. This is not a gap we can close quickly. One example: in principle, hospitals are already able to record care processes by app directly at the bedside. But the WLAN networks are usually too weak and don't cover the entire hospital, so management has to invest in infrastructure – but then there is no money left over for iPads. The system is clearly considerably underfinanced.

Another problem is the lack of meaningful guidelines from the government. By law, hospitals are allowed to provide patients with all of their health-related data – in the electronic patient file. Unfortunately, it doesn't actually work, because the data is stored away in various subsystems. In Austria, the ELGA (electronic health insurance card) has been working for ten years. They simply got started and dealt with regulatory matters later. But in Germany, it’s always: first we pass the laws. But that takes so long that by the time the laws are passed the requirements are out of date and so is the software. For this reason, many providers are starting to develop software packages for other countries and do their trials there.

And tech companies, meanwhile, make rapid progress. Are we going to see patient-centered care be introduced indirectly by Apple Watch and Amazon Halo?

Even in Germany there are good examples of patient-centered care, despite the widespread tendency in healthcare to see the risks of digitalization before the opportunities. Many hospitals actively involve patients both in the preparations for their treatment and in the aftercare, using patient apps and portals. In the near future, the demands on hospitals will grow. Patients expect to have a complete, integrated record of their treatment – both as a patient and as an insured person. The prerequisite for this is that the hospitals are able to collate this data and put it into a meaningful form for their patients. Only like this can patients take an active role in their treatment.

"For the patient to take an active part in their treatment, all of the data has to be brought together."

But there is much more to the topic of patient-centered care. Thus, for example, the overall care of the patient should take an integrated, end-to-end approach. Then it does not matter if he or she is an outpatient, in hospital, or in aftercare. Ultimately, this also includes prevention.

What will make the digitalization of the healthcare system a success?

We are in a time of great change. More and more patients are digital natives. They expect to have a complete, integrated record of their treatment – both as a patient and as an insured person. From the perspective of both the insurance companies and the hospitals, patient empowerment plays a major role. But for patients to take an active part in their treatment, all of the data has to be brought together. And this involves the mutual will of all key stakeholders – lawmakers, health insurance funds, doctors and patients. Only in this way can quality, efficiency and collaboration, the most powerful drivers of digitalization, be achieved. To reach this goal, the solutions neither have to be perfectly planned nor do they have to include all patients from the very start. We should start with those patients with an increased need or with a vested interest in their treatment. Corona has allowed us to take a major step in this direction. The two "dinosaurs" – T-Systems and SAP – were able to develop the Corona-Warn-App in just a few weeks. In the past, that would have taken much longer – and it works. But digitalization has to be embedded as part of an overall political concept. We have to look at where the healthcare system is right now, where it needs to go, and how we can finance that. In the United States, they have the expression "meaningful use." State subsidies are only available when benefits for patients are created.

"We have to look at where the healthcare system is right now, where it needs to go, and how we can finance that."

It has to work the same way in Germany. The big question is: what do we want to achieve for our citizens? This creates space for technological solutions such as artificial intelligence and blockchain, which are not tied to inflexible structures, like the gap between outpatient and inpatient care. 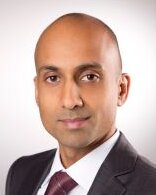 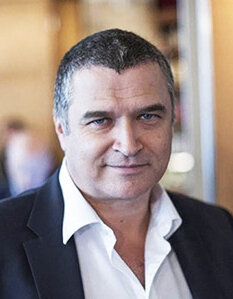 This website uses cookies and similar technologies. These are small text files that are stored and read on your computer. By clicking on "Accept all", you accept the processing, the creation of individual user profiles across websites and partners, and the transfer of your data to third parties, some of whom process your data in countries outside the European Union (GDPR Art. 49). Details can be found in section 3 of the privacy information. The data is used for analysis, retargeting and for playing out personalized content and advertising on Deutsche Telekom Healthcare and Security Solutions GmbH sites and third-party sites. Further information, including information on data processing by third-party providers and the possibility of revocation, can be found in the settings and in our privacy information. Here you can continue only with the necessary tools.

In order to provide you with an optimal website experience, we use cookies. These include cookies for the operation and optimization of the site as well as for services such as text or video chat and for advertising based on your online usage behavior. This allows us, for example, to detect if you visit our pages repeatedly from the same device. We would like to give you the choice which cookies you allow:

These cookies are required to enable you to navigate through the websites and use key functions.

They support basic functions, such as order processing in the online shop and access to secured areas of the web page. They also serve the purpose of performing an anonymous analysis of user patterns, which we use to continuously develop and improve our web pages for you.

Deutsche Telekom Healthcare and Security Solutions GmbH’s websites include links to third party service providers, who provide their services under their own responsibility.

When you visit web pages of Deutsche Telekom Healthcare and Security Solutions GmbH, cookies or similar technologies record data and send it to third parties, in part for Deutsche Telekom Healthcare and Security Solutions GmbH’s own purposes. The scope, purpose and legal basis on which further processing is carried out for the third party’s own purposes can be found in the third party’s data privacy information. Information on the independent third party providers can be found in the data privacy information.